Winter time on Everest is December, January, and February:

It is cold, windy, and dry. Normally not much snow falls on Everest in winter. This is a dry cold season when all of the rivers are frozen and all of the plants are dormant. Everything is very dry. The wind blows and snow pack up high can turn to “blue-ice”.

Spring Time on Everest, known as the “Pre-Monsoon”:

During March, things start to thaw out and it might snow a little bit. In April and May, things are warming up a lot and there will be more spring weather with clouds and snow storms occurring. In addition, there will be sunny days, and hopefully even a few sunny weeks in May, when the days are warmer, longer, and it should be a good time to go for the summit!

Summer Time on Everest is known as the Monsoon:

It begins in June and can last through September or even into October. Heavy rains fall at low elevations, and at high altitude, it can snow a lot.

Autumn on Everest is the Post-Monsoon:

September, October, and November are the months when the monsoon rains and blizzards taper off and end. Up high, September is becoming less snowy, especially in late September, when the weather clears, and then October comes and the days become significantly more sunny and dry. Late September and early October is the best Autumn time to go for the summit. By the end of October, the winter winds are beginning, and November is usually a very windy and cold month on the top of Everest.

Thus, we can see there are two seasons for climbing Everest, the traditional Pre-Monsoon (Spring) season, and the Post-Monsoon (Autumn) season.

What is the difference between climbing Everest during Pre and Post Monsoon seasons?

When climbing Everest during the Pre Monsoon (Spring) season, we are coming to Everest after the winter, so everything is cold, hard, and dry. The crevasse fields and glaciers will be opened up with all cracks exposed. The snow faces may have blue ice on them. There won’t be much loose snow around.

When climbing Everest during the Post Monsoon (Autumn) season:

we are coming to Everest after the Monsoon season, so there will be a lot of snow around. The glaciers and crevasses will be filled in with snow. The big snow faces will have accumulated snow on them. They may avalanche.

What weather to expect during the Post Monsoon (Autumn) Everest Climb?

Down low expect rain and fog, sometimes warm and sometimes cool. At mid altitudes look for snow and occasional rain and fog. Also storms and wind. At high altitude expect at times very cold weather with chance of snow and strong winds.

You won’t meet many tourists on your flight over to Kathmandu. We will pick you up at the Kathmandu airport and bring you to your comfortable hotel in Thamel, Kathmandu’s tourist district, which, in August, will be devoid of tourists. The weather will probably be a bit rainy and the streets will be damp. However, everything will look beautifully fresh and green and all of the shops and restaurants will be open and people will be very glad to see you. August is a busy time for Nepalese people. This is not their “summer holiday” as in Europe or North America. Nepalese people do not have a summer holiday. Like most Asian countries, Nepalese people have Spring and Autumn holidays. During summer, they work.

Trek to Everest Base Camp?

Trek to most famous base camp of the world highest peak. You can see the view of Everest and Lhotse, Nuptse and Ama Dablam. 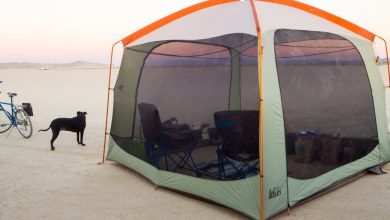 Factors to Keep in Mind While Choosing a Canopy Tent 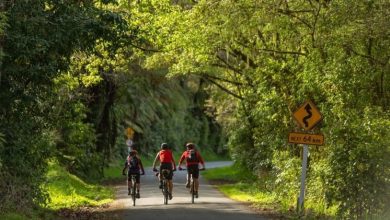 Why Electric Bicycles are the Best Ride in the World? 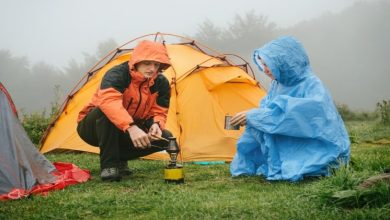 What wind speed can an air tent withstand?

Why You Should Add Banff to Your Travel List This Year