Established in 1876, Moyses Stevens was founded by Mrs Susan Moyses and Edwin Stevens after meeting in Victoria, London. Mrs Moyses changed her name during the business journey, hence the ‘Moyses Stevens’ business name. They are one of the oldest florists in London and hold their British heritage close to their hearts. Despite the long-standing traditional artistry that has encapsulated the brand since 1876, Moyses Stevens has remained popular through its innovative and contemporary styles.

The first retail location was opened in Victoria Street, and later in 1936, the Berkley Square shop opened in Mayfair. During the turbulent war-time years, this shop was closed and used as an air-raid shelter until its reopening in 1948. The Moyses Stevens flower shops continued to grow and the Berkey Square shop was greatly adorned. They received visitors from all over the country, many of which describing the shop as a ‘veritable Chelsea Flower Show every day of the year’. The imaginative yet elegant floral arrangements have been innate to Moyses Stevens throughout its 145-year history. Their highly commended artistry and service allowed the business to expand from 80 flower girls working in the shops to delivery vans catering for customers in and around London. Shipments of fresh blooms arrived from the Cornish countryside to the Berkey Square shopfront as Moyses Stevens continued to inspire with their beautiful designs.

Moyses Stevens has flourished over the years and now has multiple London shopfronts in some of the most prestigious postcodes. From Sloane Square, Belgravia, Battersea, St Pancras to the Selfridges concession at the world-renowned shopping destination, Oxford Street. The expansion of Moyses Stevens has only accelerated their glowing testimonials and won them the highly-prized Royal Warrant on multiple occasions. The luxury florist first held the Warrant for HRH The Duchess of Cambridge and now obtains it for a further seven years by appointment of HRH The Prince of Wales. The accolades also expand to other royal events and they have a strong link with Clarance House and the Royal Family. The famous ‘Moyses Standard’ has been firmly upheld over the years alongside their incredible reputation at the yearly Royal Horticultural Society’s Chelsea Flower Show and accompanying Chelsea in Bloom.

The RHS Chelsea Flower Show runs parallel to Chelsea in Bloom, whereby retailers, restaurants and florists like Moyses Stevens take part in creating extravagant and unique floral displays all around the beautiful location of Chelsea. The Chelsea Flower Show has been held every year since 1913, aside from gaps during the World Wars at the time. Whereas Chelsea in Bloom joined the festivities in 2006 and has become a widely known calendar event here in London. Moyses Stevens is just one of many showcasing spectacular floral arrangements but with their extensive range of flowers and plants from all over the globe, it is exciting to see what they come up with each year.

Their dedicated and diligent approach to this wonderful yearly event also highlights the British heritage that can be recognised throughout. As a Londoner, you can enjoy same-day delivery for any last-minute birthday bouquets or select next-day shipping for those residing elsewhere. Why not travel to London and go and experience the fragrant and elegant shopfronts around the capital. Engage with the friendly florists and revel in their flower and plant expertise and be sure to pick up a bunch of fresh blooms whilst you’re there.

Alternatively, you can shop online through the website and take a look at the mesmerising array of hand-tied bouquets, seasonal bunches and luxury gifting options, all available for same day flower delivery London, next day flower delivery UK service. You are bound to find the perfect gift on their site, with the option to add a personalised note and choose their super speedy delivery, ensuring that the flowers arrive to your loved one, or to your own home, in perfect condition and in a timely fashion. Trust in the service and quality that has been commended by so many over the past century and if you have any questions, the talented team of florists and specialists are on hand to help. Whether it’s a single bouquet or a large-scale event, Moyses Stevens will help bring you an enchanting display that will get everyone talking. 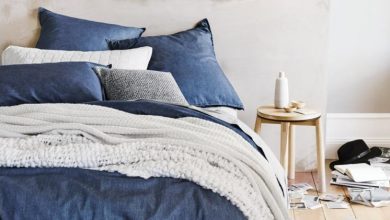 What are the benefits of using quilt covers? 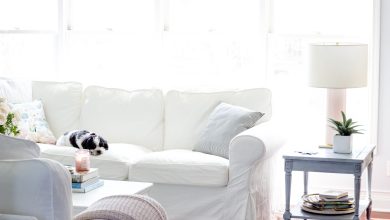 How to choose a holographic label printing company